Posted on Apr 20, 2013
💡 This post was written long ago and might not necessarily reflect my thoughts at this time

Me, I dont believe in religion. Don’t get me wrong. I believe in a god. I believe in a power but I’m not a part of those groups that separate this being into different sects demarked by religion. When we are born, inside our mothers womb.. there is absolutely no discriminations. Nothing to demarkate you from the rest of the babies in mothers wombs. Why does this have to start the instant we come out from those wombs? Why do we have to be judges based on which stars were where when we were born? Hell! Why do we have to be judged at all. Each kid, each boy and each girl must be let to their own ways.

If a “god” existed I’m sure he won’t let these discriminations happen. He wouldn’t stand by while we ran a blade through the others throats or raped innocent little girls. If god was a “he”, I’m sure “he” would have done something.

That’s simply the reason I don’t believe in the injustice branded - religion. It just doesn’t make sense. What I believe is that every man is for himself, or by an extension.. his family and that is all. Theres no “him” involved anywhere.

What I would classify as a god is merely nature. That’s it.

Right as the moment I’m writing this, I’m standing on top of a lighthouse at kapu beach, udipi, karnataka looking at the sun setting behind the majestic Arabian sea after having done its days job. This, what im seeing right now.. is the god I believe in. This is all of it. The majestic ocean, the waves thrashing against the rocks, the sun going down.

We seem to heavily rely on a person to solve our issues for us but all I see from right here is everyone minding their own business. Being themselves. And thats how it should be. Everyone takes care of the bubble that envelops them, themselves, their families.

I think that’s all I want to say. Standing up here has just made me think of these things. From up here, everything seemed the same. Hindus, Muslims, Christians, jains,  Buddhists, Jews. It doesn’t really matter. All I saw were people and the bold nature bringing everything together.

there was 1 more key thing I realized – without the nature, we can’t survive.. but without us, nature would thrive. It doesn’t need us, we need it. Its high time we realize that and act.

I’ll go now, enjoy my time with my god while those people die in the name of something pointless. 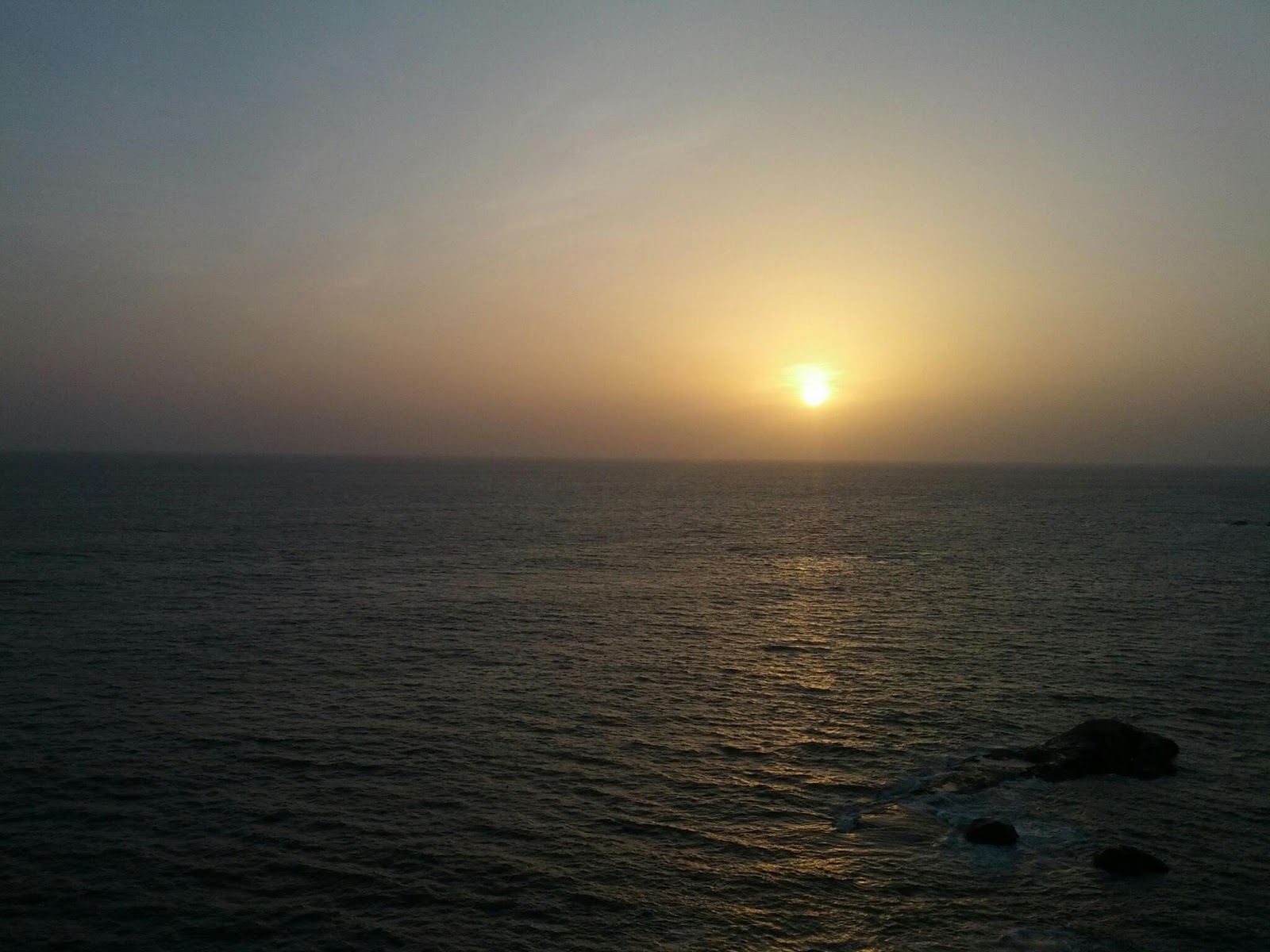